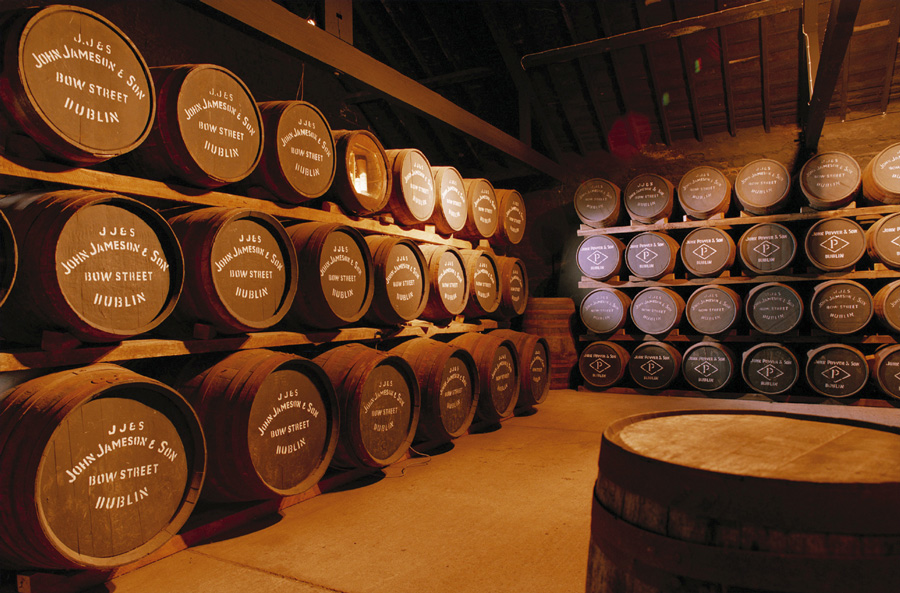 Whiskey (“uisce beatha”, Gaelic for “Water of Life”) has a very long tradition and history in Ireland including peak times, downfalls, and resurrection, The the Irish have made whiskey has changed over the years as well as the landscape of distilleries all around Ireland.  In this post, you will find out more about the history of whiskey, how to make whiskey, and some of the various types you can try. With a focus of Dublin, you will be able to see some of the distilleries, museums, and shops located in Dublin so your Irish Whiskey experience can be complete. 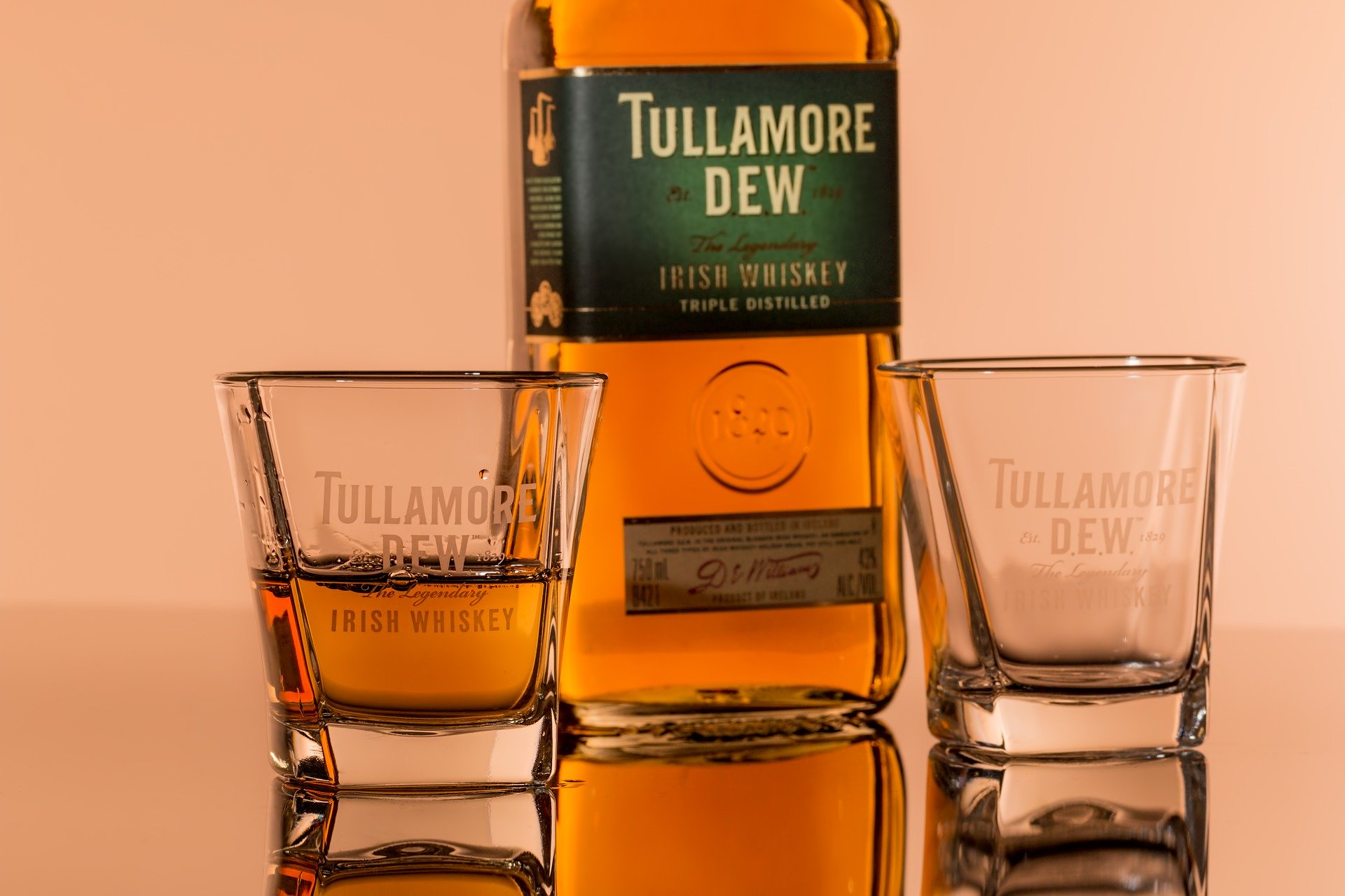 How to Make Whiskey

Ireland was once one of the most popular producers of Whiskey in the world with over 1200 legal distilleries (the number of Illegal ones much higher)  in the 18th Century. The oldest licensed distillery in the world is in the Old Bushmills Distillery in Northern Ireland. The License if from 1608, although the company was established in 1784

In the late 19th and 20th century there was a period of decline due to different factors like wars, sanctions, and technological development. For example, the Scottish invented a new method to produce Whiskey, the coffee still, which was faster and cheaper than the Irish way, the pot still. The Irish stuck to their old method and Scotland overtook Ireland as the market leader

In the 1980s there were just 3 distilleries left in Ireland, but right now the sector is expanding rapidly again. There are 16 distilleries operating now so Ireland is catching back up.

How to make Whiskey

2: Malting: The barley gets soaked for 3 days in water and is then dried If it’s roasted afterwards you speak off malted barley, but there are also whiskeys with unmalted barley.

3: Mashing: The barley gets heated and mixed with warm water and the extraction of the sugar of the barley starts. This takes several hours and the mixture is called mash.

4: Fermentation: Now the yeast is added to the sugar solution and the barley grains get extracted. The sugar converts into alcohol now and this takes around 48 hours, but can vary for each whiskey.

5: Distillation: The solution is distilled 3 times most often. It gets heated first and it vaporizes and becomes steam.Then it condenses and is collected in another so called pot.

6: Maturation: Afterwards, the batch is stored in an oak barrel for at least 3 years. The solution ages and after 3 years you can officially call it Whiskey. It generates flavours from the barrel and reduces by 2% per year during this time. 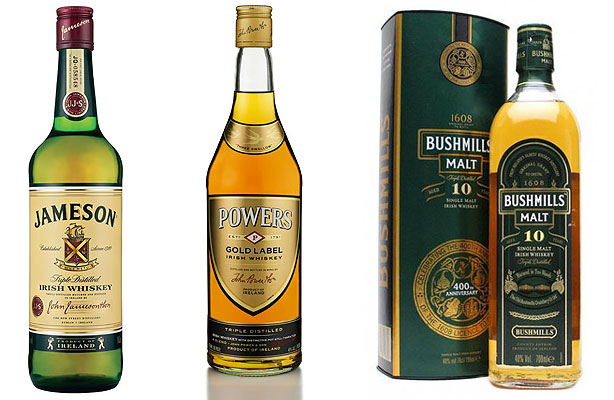 Single Malt Whiskey: Contains malted barley and it can be double or triple distilled.

Single pot still whiskey: this contains a mixture of malted and unmalted barley and can also be distilled multiple times.

Grain Whiskey: can contain a variety of grains and not just barley. It’s also made in a column or a coffee still not in the traditional pot still.

Blended Whiskey: This is a mixture of the types above and is the most common style at the time.

Famous Irish Whiskeys include Bushmills, Jameson, Powers, Tullamore Dew, and Telling. They have to be made completely in Ireland and must be fermented with yeast. Furthermore, their minimum alcohol content has to be 40%. 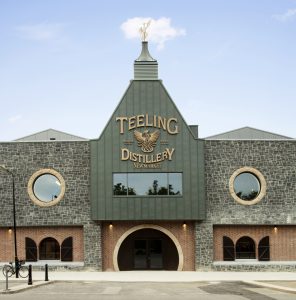 Pearse Lyons Distillery is in the converted St. James Church and was founded by Pearse and Deirdre Lyons. It’s now the second current distillery in Dublin and there are more planned for the future.

The most famous distillery is the Old Jameson Distillery in Bow Street, but they aren’t making whiskey there anymore. Now it acts as a visitor center and tourist attraction. 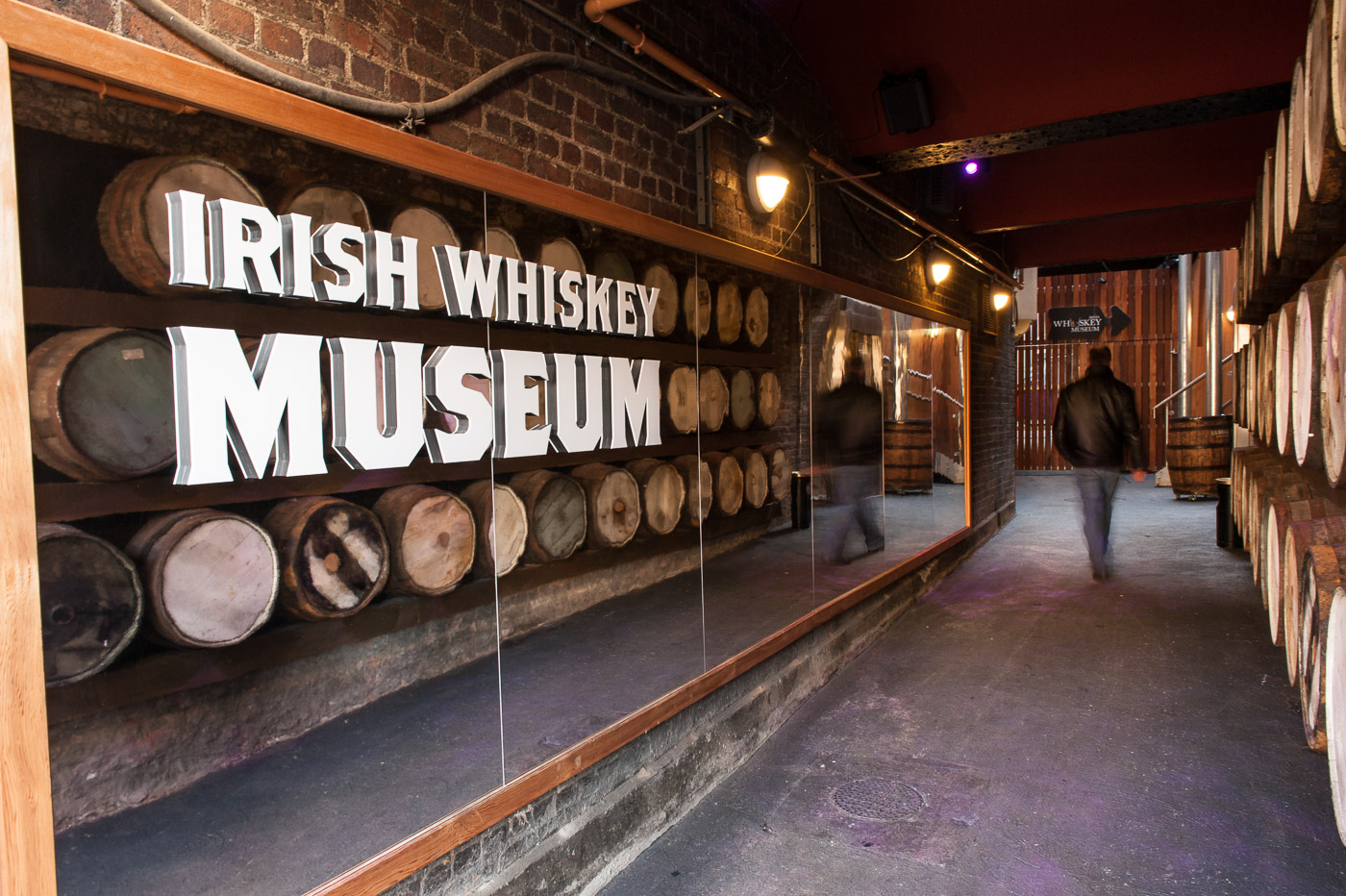 As already said, you can visit the old Jameson Distillery, but you can also take a look in the Telling of Pearse Lyons Distillery. Ticket prices start at 15€ and the tours also contain a whiskey tasting afterward.

The Dingle Whiskey Bar is the place to be for Whiskey lovers. You will have a huge selection of qualitative Whiskeys and the staff will help you to find the right one for you. If you want to buy a bottle I recommend the Celtic Whiskey Shop right next to St. Stephen’s Green. They have a huge selection of small or large bottles, from relatively cheap whiskeys to expensive ones.

Book Accommodation in Dublin and make your own whiskey tour of the City!

You can also visit the Whiskey Museum close to Trinity College to learn about the history, production, and types of whiskey. Tickets again start from 15€ and you can taste some different whiskeys after the tour.

I hope you have learned something about Irish Whiskey and won’t be afraid to try some during your stay in Dublin!